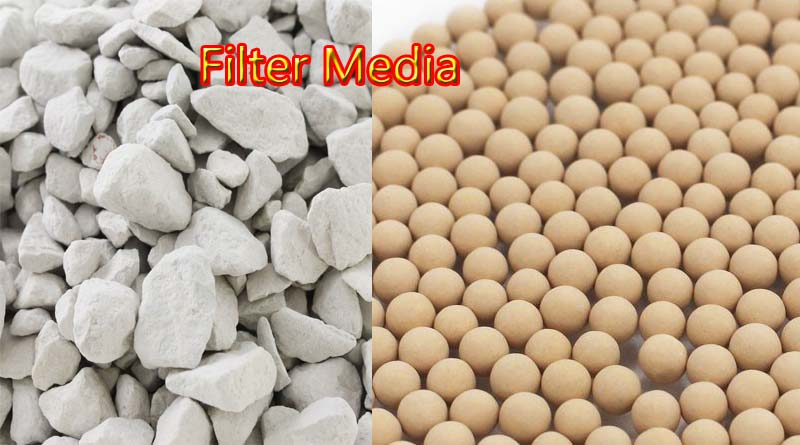 It is called as sodium Alumino Silicate. It is the main reason for the bad smell in the fish tank. This filtration media helps to remove ammonia and ammonium ions build up in the fish tank.

Zeolite works on the principle of exchange of cations. It releases sodium ions into water and in turn take up all the cations ( Calcium, Magnesium, Ammonium ions )from the fish tank water. When excess of ammonium ions are absorbed, fishes will feel comfortable.

This following video clearly explains various aspects of zeolite and its importance.

Video is Published in both languages Tamil and English .  English video starting time is mentioned in the thumb nail.